Skin problems were attended to by general physicians with Dermatology eventually evolving from the responsibilities of doctors responsible for venereal disease. Indeed, the connotation between the two remains to some extent to this day. Later leprosy was added to the “portfolio”, the disease being quite rampant especially until the first half of the last century.

Master surgeon Michelangelo Grima, who graduated in Pisa aged 19 and then did postgraduate studies at the Florence School of Vesalius, wrote a textbook of Anatomy with one of the eight tracts devoted to Dermatology. Grima was Chief Surgeon at the Sacra Infermeria of the Order of St John.

Our first dermatologist was probably Giuseppe Demarco 1723-1789, a high-flyer and a graduate of Montpellier Medical School. His work entitled Nosologia Cutanea was a standard reference point and he also wrote on the benefits of chocolate. 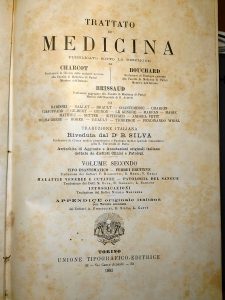 From my wife’s grandfather Dr Paolo Grima library, who for many years served as Superintendent at Gozo General Hospital

In 1800, Maltese Dermatology missed the boat! The British ended the short-lived French occupation and with it the possibility of Maltese doctors training in dermatology at the famous Hôpital Saint-Louis in Paris, a real Mecca of dermatology at the time. British rule, however, brought many advantages to an already excellent medical profession with an enviable reputation throughout the Mediterranean. Given the Italian ancestry of a majority of Maltese and an affinity with Italian customs, the Italian language retained an important role in local society. Many textbooks were Italian and it was not unknown for students to consult both English and Italian (or translated from French) sources to further and widen their knowledge.

Ruzar Briffa was born in  Valletta on 16/01/1906 and died on 22/02/1963. He was a nationally-recognised poet once described as the Prince of Maltese lyrics. In difficult times  he was a torch-bearer in the control of leprosy in Malta. He was awarded the Strachan Traveling Scholarship to follow postgraduate courses in dermatology and tropical diseases at the Institute of Dermatology and St. Thomas Hospital in London and another scholarship to visit the Calcutta School of Tropical Disease and various leper stations in India (1938).

Anton Agius Ferrante ‘il-Griżu’ was responsible for Dermatology, Venereology and Leprosy, for many years. He was a bachelor and great favourite with students who he treated regularly to traditional fenkata dinners after their examination. Original research in leprosy treatment was conducted together with the German Leprosy Association. This culminated in the first reported series of patients given multidrug therapy. George Depasquale participated very actively in this research project, which was subsequently continued by the versatile Paul Gatt. Chemotherapy 2001;47:309-33

John Agius was the first UK-trained dermatologist. He sadly passed away on the day he was notified of becoming a FRCPE.

Agius Ferrante was succeeded by Albert Soler who left the service at the time of the medico-political dispute in 1977. Dino Vella Briffa (nephew of Ruzar Briffa) obtained a PhD from the Institute of Dermatology in London and became Consultant in 1983.

The Present … and Future?

Dermatology has found its place as an area of exciting advances and is attracting the brightest of medical graduates to its folds. The co-operation with plastic surgeons, rheumatologists, oncologists, and pathologists has led to a service that offers excellent quality with short waiting times and a fast-track service for suspicious pigmented lesions and other urgent cases. Clinical research is being carried out in increasing frequency and our dermatologists regularly participate actively in conferences abroad, especially the EADV and AAD meetings. A Psoriasis Association was founded some years ago on the initiative of Joe Pace, with Liam Mercieca its current President. Michael Boffa leads the more recently-formed Malta Eczema Society.  Later, Tissue Viability nurse and MADV member Corinne Wood set up the Maltese Wound Care Foundation to aid patients with chronic wounds.

Venereology remained a Cinderella subspecialty in spite of Malta’s position attracting visitors from far and wide. For many years, Dermatology also encompassed Venereology on the continental model rather than having a separate speciality as is Genito-Urinary (GU) Medicine in the UK. Malta now attracts over 1.5 million tourists annually, together with many workers and a small number of refugees. It has a small but increasing drug problem. It was only after supreme efforts by the dermatologists that consent was finally given to employ a venereologist, and we were extremely fortunate to recruit Philip Carabot, a physician with wide experience in the British Armed forces. He single-handedly built up a GU Clinic and somehow also found time to offer various public education initiatives. He has been succeeded by Valeska Padovese.

Joe Pace was the first Chairman of Dermatology after the speciality was recognised in its own right rather than part of Internal Medicine. Lawrence Scerri is the current Department Chair with Sue Aquilina, Michael Boffa and Eileen Clark the other consultants. 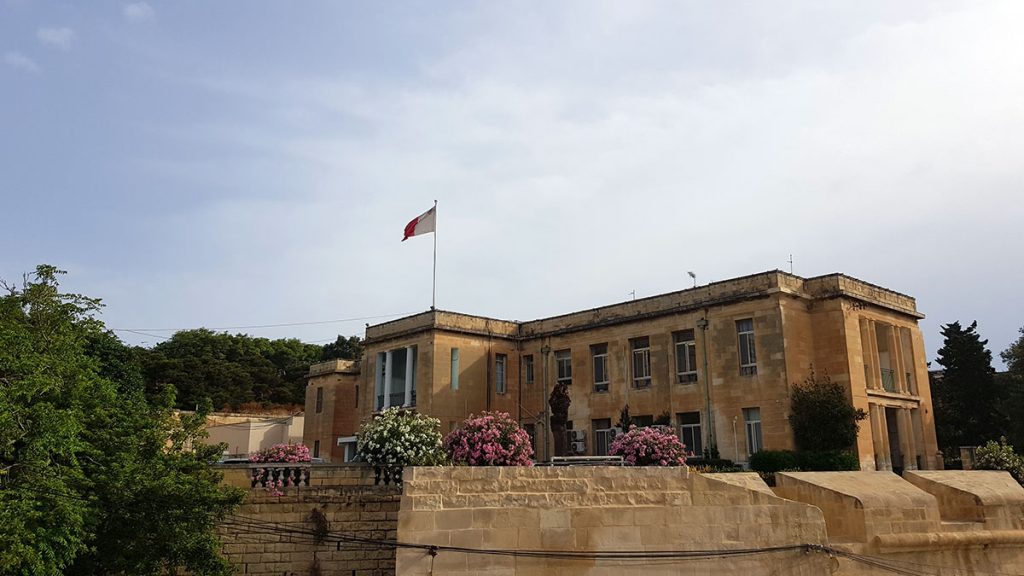 The Department of Dermatology has been located at Sir Paul Boffa Hospital, Floriana since the 1970s. The hospital is named after Michael Boffa’s late great-uncle Paul (1890-1962), a medical doctor and Prime Minister of Malta (1947-1950) who, as Health Minister in 1953, successfully moved legislation to end compulsory segregation of patients with leprosy in Malta.

Current interests for the group include melanoma and non-melanoma skin cancer, leishmaniasis, leprosy, and quality of life issues. Colleagues abroad and arrangements with academic institutions of high calibre abroad will help develop and attain our vision of a centre of excellence for the Mediterranean. The public profile of the speciality remains a high one, although excessive attention to the cosmetic aspect could conceivably affect this in future.